The Los Angeles Angels of Anaheim traveled 28 miles north to Dodgers stadium for a rare interleague series with their Los Angeles neighbors in late May 2013 for a two-game series. The Dodgers won the first game on the 27th. The Angels were looking to come out of the series with a draw on the 28th. When Albert Pujols stepped into the batter’s box in the top of the fourth inning, there was one out, and Dodgers’ pitcher Hyun-Jim Ryu had sat down eleven of the first twelve Angles that he had faced. Pujols took the first pitch for a ball and the second one for a called strike. On the third pitch, he was planning on getting the Halos on track. Instead, he hit a 69.7 MPH curve to Juan Uribe at third base to ground out. Over the course of this game, Ryu faced 29 batters, allowing two-hit, no walks, seven strikeouts, and completed a two-game sweep with a complete game shutout. After losing this game 3-0, the Angels had a record of 23-29 which was only good enough for third place in the AL West. 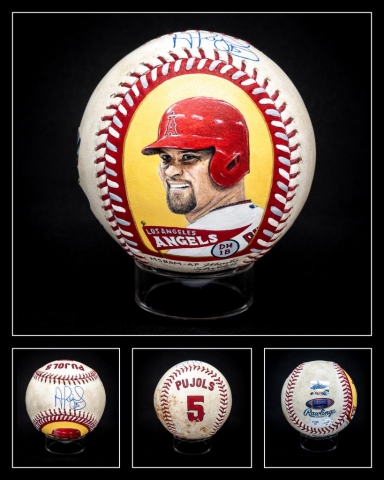