Game used ball from September 30th, 2017 game when Aaron Judge set the rookie home run record with his 52nd home run. In the bottom of the 4th inning, Judge hit a Marcus Stroman 93 mph fastball 484 feet to center field. The Yankees won this game 2 to 1. Judge also tied Babe Ruth with this home run, with the most single season home runs hit at home by a Yankee. Babe Ruth’s record had stood since 1921. Later in the day Boston would also be victorious, clinching the American League East. The Yankees would have to settle for a wild card spot. 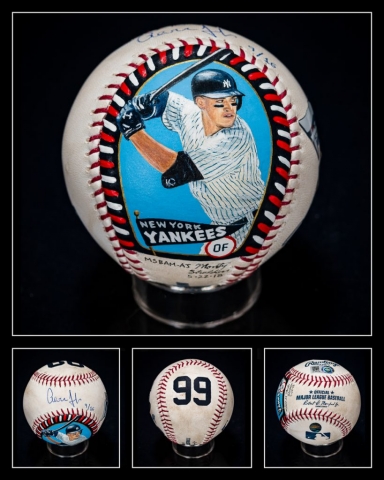