Bryce Harper was off to a hot start in April 2018. When the Mets visited the Nationals on April 8th, Harper continued his offensive frenzy with three hits, including his MLB leading sixth home run of the season. Harper started the scoring with a two-run home run in the bottom of the first inning. He hit another single in the third but was unable to score. In the bottom of the fifth inning, Harper took two balls, and then fouled a fastball out of play. This ball was used for the fourth pitch of the at-bat, a 93.8 MPH fastball that traveled 258 ft. to Yoenis Cespedes. This was Bryce Harper’s third hit of the evening, and his 795th career hit. This hit was a single. Trea Turner would later drive Harper home in this inning on a two-out single. At the end of nine innings, the teams would be tied at 5 runs apiece. They continued playing until Yoenis Cespedes hit an RBI single in the 12th inning for the deciding run. With this Met’s victory, the Nationals dropped to 4-5 and are 3.5 games behind the Mets. 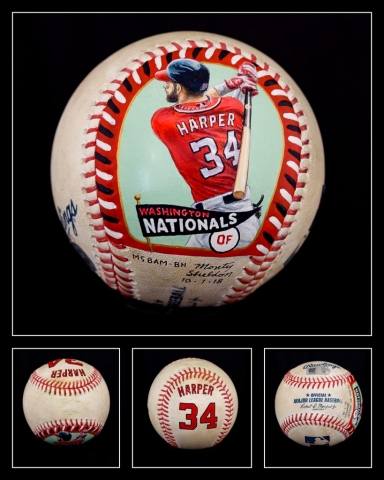