When the Minnesota Twins traveled to Detroit to play the Tigers on July 19, 2016, it was looking like an easy victory until the bottom of the ninth inning. Tommy Milone took a one-hitter into the bottom of the ninth, with a 6-0 lead. Cameron Maybin led off with a single. This ball was brought into play for Miguel Cabrera who watched a called strike before hitting the ball to left fielder Robbie Grossman for his 2432nd career hit, a single. This hit advanced Maybin to second base. The ball remained in the game for Victor Martinez for three pitches, the third one ending with a pitch in the dirt. With a new ball in hand, Milone threw Martinez a changeup, which was hit for a single to score Maybin. The next batter, Nick Castellanos hit a sacrifice fly to right field, scoring Miguel Cabrera, and knocking Tommy Milone out of the game. With the score now 6-2, the Tigers would manage to load the bases before James McCann and Jose Iglesias struck out to end the game. As a result of this loss, the Tigers record fell to 49-45 six and a half games behind the Indians.

• Signed by Florida Marlins as an amateur free agent in 1999 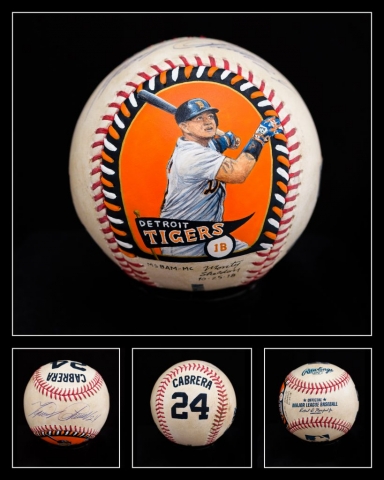