The Rangers and the Padres met on July 12, 2015, for a rare interleague game between the two teams. In the bottom of the fourth inning, with two outs, Adrian Beltre saw this ball pitched from Tyson Ross. It was an 87.9 MPH slider that Beltre hit foul and out of the game. A new ball was brought in, and Beltre lined out to centerfield to end the inning. San Diego had a 2-0 lead in the seventh inning when Beltre did finally get a base hit in this game, a double, but the Rangers made consecutive outs after that double to end the inning. Down to the last inning, Beltre again reaches base, this time on a single, where Rougned Odor drove him home for the only run that Texas would score in this game. It was a 2-1 loss to drop the Rangers to 42-46, third place in the AL West. 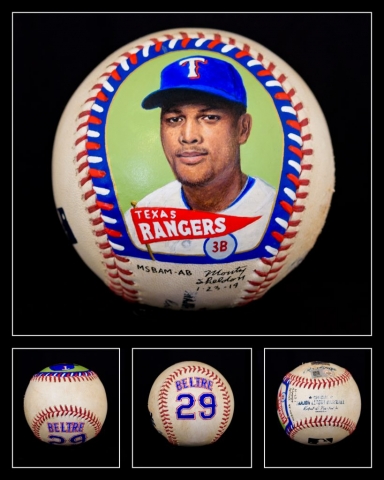