The Dodgers visited the Chicago Cubs on June 19, 2018, and the teams decided “Let’s play two.” In the first game, the Dodgers beat the Cubs by a score of 4-3. In the second game, the two teams took a 1-1 tie into the tenth inning. Earlier in the game, Cody Bellinger was the lone Dodger to cross home plate. With two outs in the tenth, Cody Bellinger hit this ball on a line drive to centerfield. It was played by Albert Almora Jr. Justin Turner advanced to third base on the play. This was Bellinger’s 59th hit of the season, and 187th hit of his career. The Cubs would intentionally walk the bases loaded before forcing Yasmani Grandal to fly out for the third out of the inning. In the bottom of the inning, the Cubs would walk off on a Kris Bryant triple, followed by an Albert Almora Jr. Single. The Dodgers came out of this game with a record of 38-34, and trail the Diamondbacks by 1.5 games. 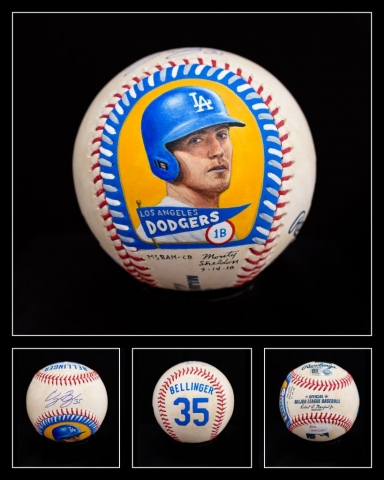