In the top of the first inning with men on the corners, and one out, Cody Bellinger hit this ball up the middle for a single. Corey Seager scored from third base to give the Dodgers their first run. This was career hit number 148, and career RBI number 103. Las Angeles continued to pile the runs on their neighbors to the south, as they would go on to win this game, 13 to 4. This win concluded a series sweep and brought the Dodgers winning streak to four games. Later in the game, Bellinger hit a double in the third inning, again off San Diego starter Luis Perdomo. The Dodgers came into this series at 5 and 9 but emerged one game under .500. At the end of the day, they are still in third place in their division, where the Diamondbacks lead by 4 games. 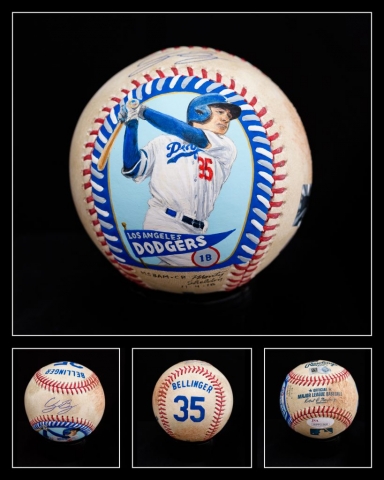