Pittsburgh welcomed the San Francisco Giants for a series in July 2017. On July 1st, Buster Posey played a part in the win with the bat on his should. But before the end of the game, Posey saw this ball in action in the seventh inning. Tony Watson threw this ball as a changeup, which Posey hit to Andrew McCutchen in center field for a single, his 1091st career hit. Brandon Belt saw this ball in the next at-bat for four pitches, a ball, two strikes, and finally a foul ball to knock this ball out of the game. Two pitches later Belt grounded into a force out, as second baseman Josh Harrison fielded the ball and threw to shortstop Max Moroff to get Posey out at second base. The next batter hit into a double play to end the inning. The game remained tied 1-1 going into the eleventh inning. Buster Posey was again at the plate with two outs, and runners on the corners. With a full count, he took ball four, a wild pitch which allowed Denard Span to score. This was the final run, as the Giants won 2-1. This was the Giants fifth win in a row, but their record is only 32-51 which was the second worst record in all of baseball heading to start the month of July. 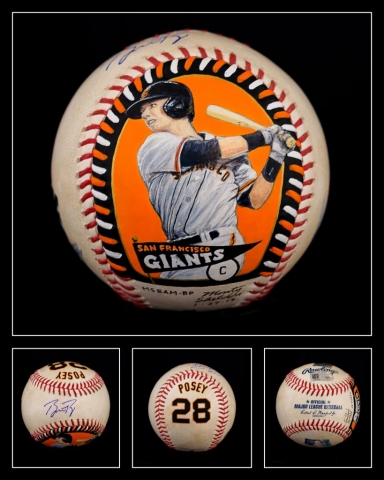