In a close game that featured two playoff hopefuls, the Yankees hosted the Indians on Friday, May 4th. Brett Gardner led off the bottom of the first inning with a line out to left field. Aaron Judge then took this ball for four consecutive pitches (3 balls and a strike) before hitting a 239-foot line drive to Rajai Davis in Left Field. The ball left the bat at 99.94 MPH and at a launch angle of 13.5. This ball was hit at an above average speed by Aaron Judge, which is something considering he led the league in average exit velocity for the 2018 season with an average of 94.7 MPH. This would be the 8th double of the season for Judge, and 36th hit of the season. The Yankees would not be able to manufacture any runs this inning. Later in this game, Aaron Judge hit his 8th home run of the season. The Yankees would go on to win in walk-off fashion by a score of 7 to 6. This win helped the Yankees improve to 22-10. The Yankees will remain 1 game behind the Red Sox at the end of the day. Despite trailing Boston, the Yankees hold the second best record in all of Major League Baseball. 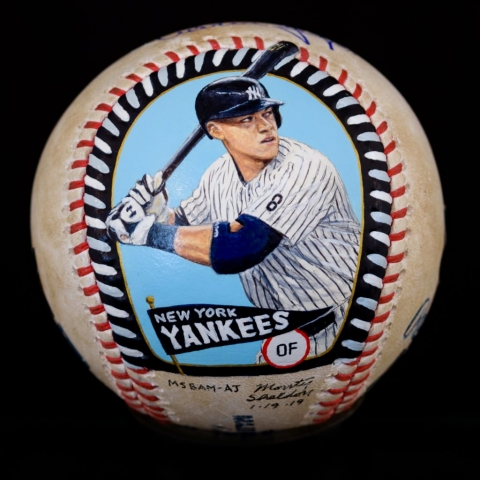