The Yankees hosted the White Sox on September 2, 2013, in what was a disappointing year for both Derek Jeter, and the Bronx Bombers. Jeter missed most of the season while recovering from leg injuries, and was batting .196 entering this game. However, vintage Derek Jeter played in this game. To start the home half of the first inning, Brett Gardner hit a ground rule double. Derek Jeter came up next and hit the first pitch he saw, a ground ball to left field for an RBI single. The single was bobbled by left fielder Alejandro De Aza for an error that allowed Jeter to advance to second base. The Yankees still held onto that 1-0 lead until the fourth inning when the Yankees opened the flood gates. Eight runs scored, including another RBI single when Jeter hit a ground ball that bounced off pitcher Dylan Axelrod before being fielded by third baseman Conor Gillaspie. Two batters later, Jeter would score himself on a fielding error. When the dust settled, the Yankees won this game 9-1. They had a record after this game of 73 and 64, and are in 4th place in their division, eight games behind the Red Sox. 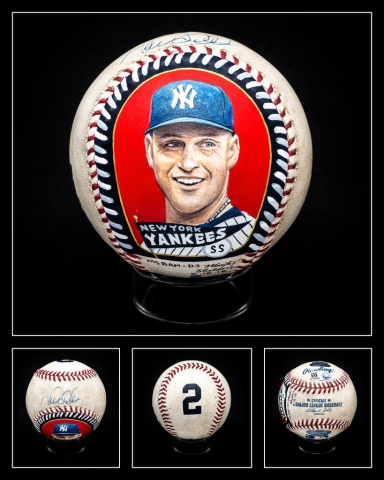