As the 2012 season was winding down, the Yankees traveled north to play the Blue Jays in late September. In the top of the first inning, Derek Jeter and Ichiro Suzuki led off the game with two singles, followed by an Alex Rodriguez walk to load the bases with the first three Yankee batters. Robinson Cano started the scoring by driving home Derek Jeter with a sacrifice fly to left field. Nick Swisher followed up with a single to left field, once again loading the bases with Ichiro 90 feet from home plate. Curtis Granderson took a first-pitch ball, before lifting this baseball to centerfielder Anthony Gose for the second out of the inning, a sacrifice fly that allowed Ichiro to score the 1201st run of his career. Andruw Jones struck out next to end the inning. These two first-inning runs were all the Yankees would score, which was not enough to beat the Blue Jays who scored three runs. This loss, combined with an Orioles win on this day left the Yankees tied in first place with Baltimore, with both teams at 91-67. 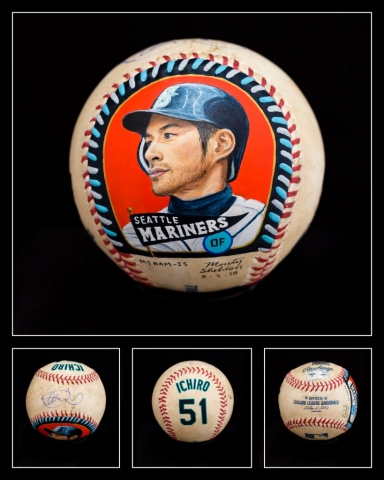