The New York Yankees traveled north to play the Blue Jays on April 21, 2013. Toronto drew first blood with a run in the bottom of the first inning. Ichiro stepped up to bat for the first time in the second inning with one out, and Lyle Overbay on second base. This ball was used in that at-bat and was a foul ball hit back to the screen before being taken out of the game. The at-bat ended in an Ichiro strikeout, the 820th Major League strikeout of his career. Ichiro was not able to provide any offense in this game as he finished 0-4. The Yankees did not do much better as the Blue Jays were victorious by a score of 8-4. This loss dropped the Yankees to 10-7, 1.5 games behind Boston in their division. 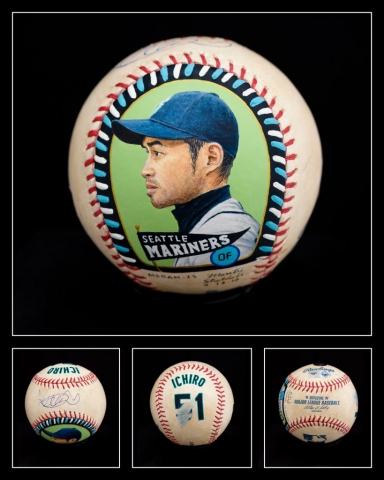