On a warm April evening, the Washington Nationals hosted the Minnesota Twins. In the bottom of the first inning, with no score, Bryce Harper came to bat with a runner on first base. Harper got a small piece of the first pitch he saw from Kyle Gibson and reached first base on a force out, as the lead runner was out at second base. This ball was removed from play after that one pitch. However, Harper stayed was able to advance to second base on a Ryan Zimmerman walk, and then score on a Daniel Murphy single. In this rally, the Nationals scored a total of four first-inning runs, followed by three more in the third inning, and one more in the fifth. Gio Gonzalez and the Nationals were victorious, 8-4. The Nationals held a 3.5 game lead in the NL East at the end of the day with a 12-4 record. 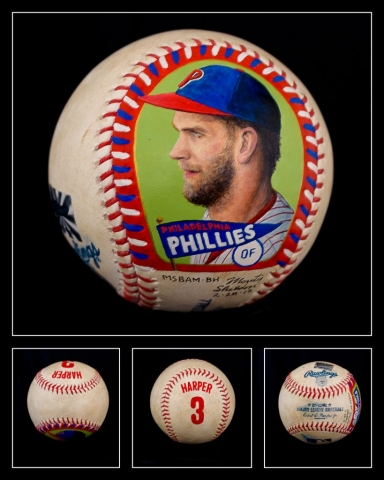