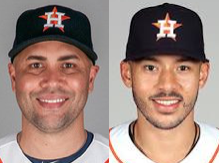 Houston started the 2017 season hot, leading all of baseball with 39 wins going into the June 3rd game against the Rangers. Texas jumped to a 1-0 lead which didn’t last long. Carlos Beltran hit an upper deck home run in the top of the second inning to tie the game 1-1. In the third inning, Carlos Correa helped his team when he hit an RBI single to give Houston a 2-1 lead. The next batter, Carlos Beltran drove in two more runs with a single to right field. During the next at-bat, Correa scored on a wild pitch to put the Astros ahead 5-1. This baseball entered the game in the fifth inning. Leading off the inning, Carlos Correa lined this ball to Nomar Mazara in right field for the first out. The ball remained in the game, and Carlos Beltran hit a first-pitch curveball to first base. The ball was misplayed by Joey Gallo, and Carlos Beltran had the 2664th hit of his career. No runs scored for the Astros in this inning. Texas fought back over the rest of the game. They even brought the tying run up to bat with two outs in the bottom of the ninth inning, but Rougned Odor struck out to end the game. The 6-5 win made the Astros the first team to 40 wins in the 2017 season with a record of 40-16. And the Astros would ride this momentum all the way to the first World Series win for their franchise in October.