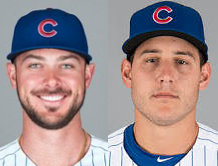 The Cubs and the Reds met late in the 2015 season in Chicago with Chicago sitting in third place in the National League in terms of record but holding onto the last wild-card spot because the two teams ahead of them were division rivals. The Reds, on the other hand, were playing out the schedule, firmly in last place in the NL Central. When the two teams met on September 1st, Kris Bryant was well on his way to winning the NL Rookie of the Year award. The Reds jumped out to an early lead from a Joey Votto Homerun. In the bottom of the fourth inning, Bryant wanted to correct this. After a Kyle Schwarber walk, followed by two outs, Bryant hit a single to Joey Votto at first base. The single allowed Schwarber to score to tie the game at one run each. The Reds scored two more runs before Bryant batted in the sixth inning, this time with two runners on base. He hit a pitch to left fielder Ivan De Jesus Jr, driving in Kyle Schwarber again, and moving Chris Coghlan to second base. Miguel Montero hit a single of his own to drive Coghlan home and again tied the score, this time 3-3. Cincinnati scored another run in the seventh, but Kyle Schwarber hit a two-run home run in the bottom of the same inning to give the Cubs the final lead, on their way to a 5-4 victory. Kris Bryant ended the game with three singles, and two RBIs. Anthony Rizzo was 0 for 3 with a walk. This ball is game used from the September 1st game between the Reds and Cubs but is not attributed to a specific play. 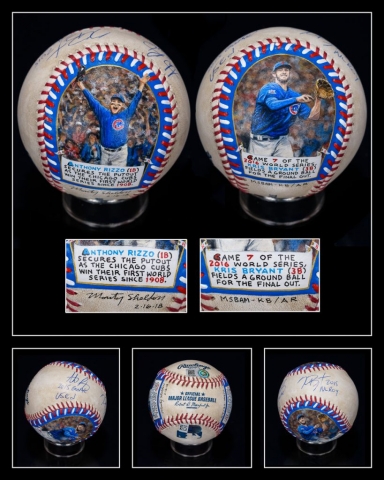