The Los Angeles Angels paid a visit to the Houston Astros on June 10, 2017. Carlos Correa stepped into the batter’s box with one out in the bottom of the eighth inning with runners on first and second. Angel’s pitcher Yusmeiro Petit fired a 77.4 MPH curve that Correa hit past the shortstop and into left field for a single. On this hit, Jose Altuve moved up to second base, and Josh Reddick scored to give the Astros a 3-1 lead. The ball was returned to Petit as Carlos Beltran was the next batter. The first pitch ended up in the dirt, and this baseball was replaced. Beltran ended up flying out to center field, and Brian McCann popped out to shortstop to end the inning. The Astros held onto this lead to win by the same 3-1 score and continued their tear through the first half of the season with a Major League-leading 44-19 record. 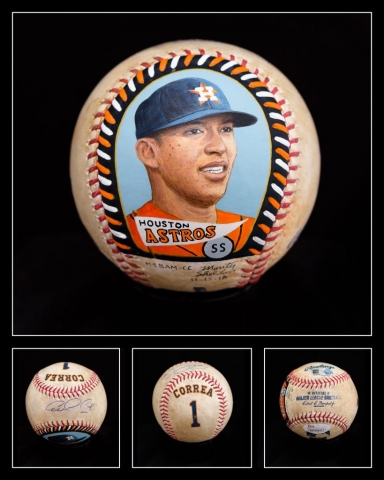