The Astros came into this game with the best record and showed no signs of slowing down when they hosted the Twins on July 14, 2017. The Astros had 8 men cross home plate in the second inning, and never looked back. When this ball came into play, Jose Altuve already had hit a single earlier in the game. This ball was the first pitch of the home half of the fifth inning. A 90 MPH sinker. That Altuve crushed 219 feet into left field for a double. This was his 26th double of the season and 230th double of his career. The Astros were unable to get their leadoff double home in this inning. In fact, the Astros did not score again in the game, although they did not need to as the defeated the Twins 10-5. Coming out of this game, the Astros were 61-29, and only trail the Dodgers for the best record in baseball. 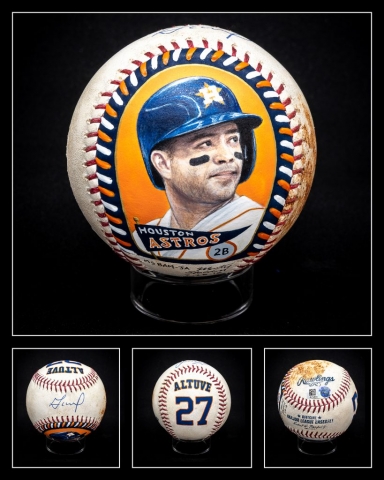